A little video insight into the production of our latest featuring the wonderful vocals of LACIA. Coming soon to Citate Forms

A quick run through of one of our latest. Loads audio manipulation and cross fading to get the bass sound just right. Plenty of new toys for the vocals too. Kamuku feat. LACIA – Take Hold Production Run Through. 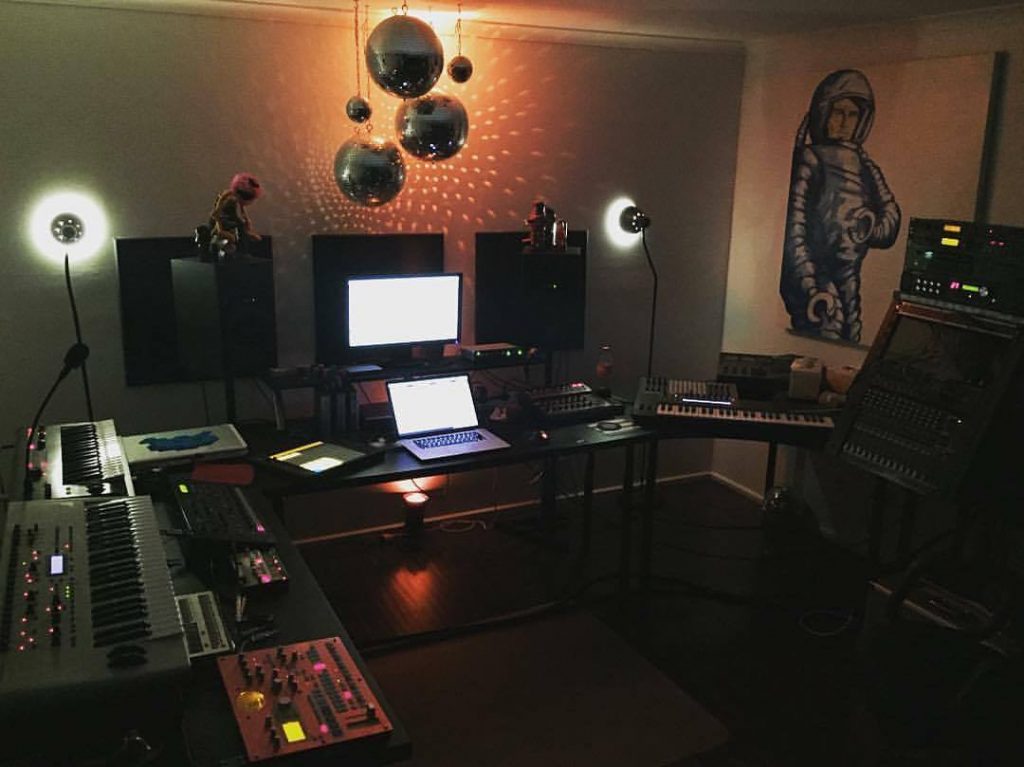 So grateful to have such an amazing home studio, getting things ready for live rehearsals! #nudisco #ableton #producerlife #adelaidemusic

Nothing like getting some Beatport front page and chart action! Gravity EP feat FERRNS on Citate Forms
https://www.beatport.com/release/gravity/2115375 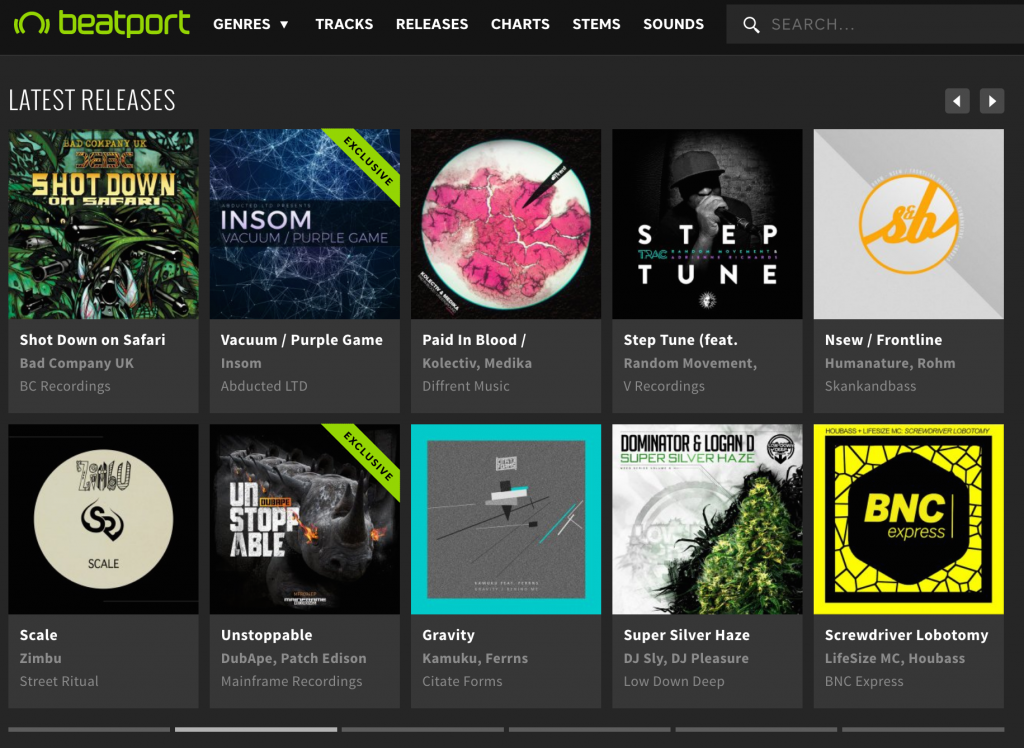 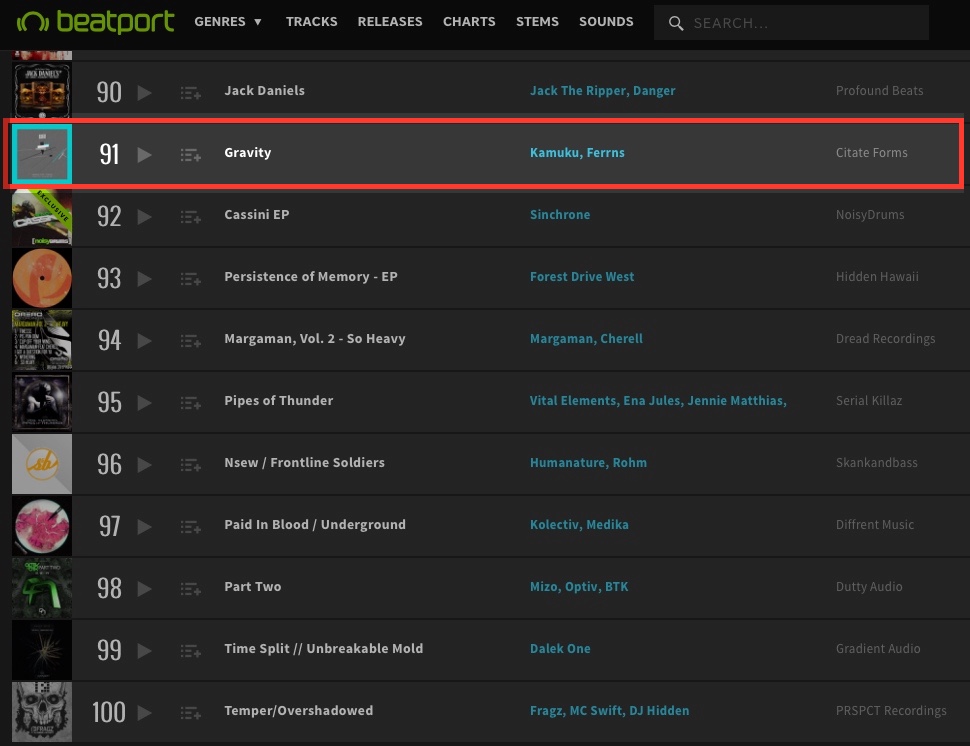 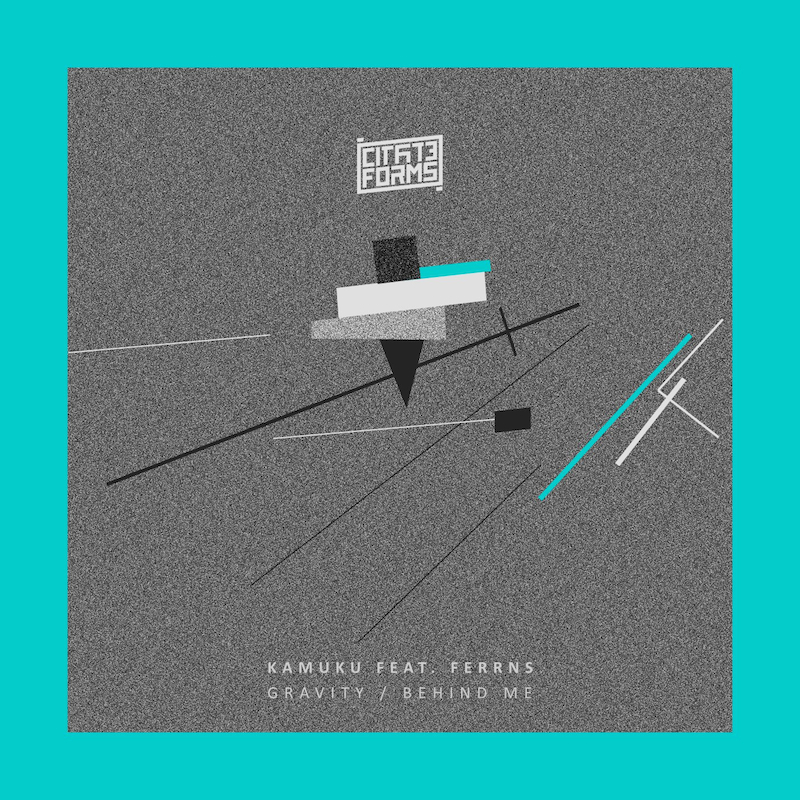 Its been 5 years since our last release and we are excited to be dropping some new Drum & Bass on Citate Forms.
Gravity features the wonderful vocals of FERRNS (Emily Bettison) and will be featured on Ninja Ninja Drum & Bass on Oct 2nd and hits stores Oct 10 Yew!

After 5 years on the sidelines I’m proud to be back in the studio with Brother Richards as Kamuku. We’ve just finalised a brand new 2-track EP. So excited!

Here it is, Kamuku’s Vintage Stapler EP. This ones been released by the good, good people at UK label Extent VIP Recordings.

We are extremely proud of this release which includes 4 tracks,

Some release info posted by Extent VIP at Dogs on Acid:

We spoke to Onion Mag recently about our upcoming Vintage Stapler release dropping Fri Oct 1 on Extent VIP Recordings. Includes some insights into our production process, the producers influencing us at the mo’, and the track naming process 🙂

Having spent a lot of time over the last 5 years playing live sets that were centred around a laptop and software (Ableton Live and Reason) I’d decided to trial a hardware based set-up for Kamuku which would enable me to leave the laptop at home.

There is a certain amount of angst with taking a laptop out to a club. My laptop is the centre of all my music creation and work and although generally stuff is always backed up there is a fair amount of hassle if the lappie was ever stolen or damaged.

My current laptop was a grand total of 1 month in age when it had half a schooner of Mr Coopers finest Pale Ale tipped straight into it about 5 mins into turning it on at a mates pub. There is also this feeling of not wanting to leave it somewhere in a club after a successful gig just so you can get on it.

So the hardware set-up I decided on consisted of the following:

Novation KS4 keyboard synth – Highly underrated synth. Capable of generating 4 separate parts per performance patch. All of the basslines are to be generated on this as the synth is easily tweaked live.
Nord Micro Modular – My first ever synth. Mainly to be used for vocoder and a few other synth sounds.
Boss SP505 Sampler – Purchased this box for the hardware trial so I could include samples and sounds that the other 2 instruments cant.
Yamaha Mixer – Used for submixing all the above. Nice little balanced mixer with a digital fx section. Means I could add fx to any sounds coming from the Nord.

Hardware Pro’s
The hardware sounds great and everything feels really robust and secure compared to a laptop and controller setup. It’s quite liberating knowing you dont have to worry about a crash.

Hardware Cons
The Boss SP505, is a major disappointment. Everything I try to implement gets stopped by a little quirk of the machine. The other issue is the smartmedia cards needed for loading samples. I’ve already bought one that doesn’t work and transferring the samples to the card is a real PITA.
Other con’s are increased setup time, more gear to lug around and the touch of jealousy when I watch Chad setup for a Kamuku jam with just a laptop running Reason and a MIDI controller!

I stuck with the hardware setup for about 6 months and have eventually decided that I’m going back to software. When it comes to making patches for a song I always feel like I’m having to make some concessions on sound due to the equipment.

Reason V4 – One Reason song consisting of just one Combinator. I’ve made a combinator patch for each song in the set and stored each patch in a performance folder. The Combinator allows me to have as many different sampler and synth patches as I need with any type of fx routing as well as keyboard and controller assignments I need. This means there are no compromises with any patch. I use the keyboard to select the patch I need for the song.
Fast Track Pro Soundcard – Was the weakest link in this setup. There is a known problem with these cards that makes them sensitive to voltage fluctuations. This results in the audio dropping out randomly which is obviously a bad thing during a live set. M-Audio were very helpfull, they replaced the soundcard but still the problem persisted. They eventually offered me a different soundcard. I’m now using an original M-box in this setup and it has been rock solid. I cant fault M-Audio for their efforts in resolving the issue but ultimately I wouldn’t recommend this soundcard for live work.
Novation 49SL Compact keyboard controller – Excellent controller. 49 keys, Knobs, Drum Pads. really happy with it.
Nord Micro Modular – Vocoder
Yamaha Mixer – We will still at times need to submix not just my rig bit also Chads.

Even though I have the same amount of gear and the worry of a software crash, the software setup means that there are no compromises with my sounds which is ultimately the most important thing.

Kamuku will be playing a Live/P.A set at Lightmare Drum & Bass on Nov 7th at Live on Light Square. Adelaide

One-of will be on the decks laying down the Kamuku originals and whilst I hammer away on the synth providing all of the basslines. This is the first time we’ve played live in this format….cant wait!

Joining us will be AINRORI LIVE, Combining the uplifting vocals of Lauren Neko (Ministry of Sound) (Inthemix) With local producer DJ Counterpart.

Head on over to the Facebook Event Page For more Info

Hope to see you all there

Adelaide Massive and Digital DJ are proud to present the first edition of Local Produce – a showcase of some of the awesome local dubstep and drum and bass producers we have here in our back yard. 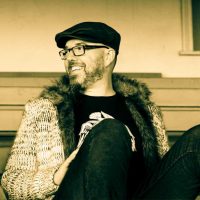